Kemet Records a UK based Jungle label from Tottenham, London, started by Mark X. Kemet’s first release was at the end of 1992 and they had several classic releases between 1993-95 before closing the label in 1997. The final release being four old skool ragga Jungle tracks from the Kemet vaults, which were previously unreleased outside of Japan. The label has now reopened with new remixes of their classic anthems and new ragga tinged nu skool Jungle. 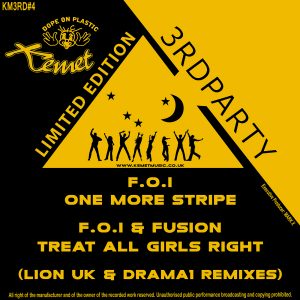